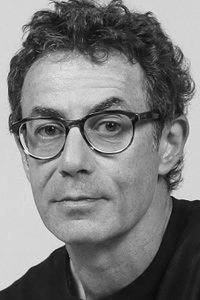 Italian director and screenwriter (b. Napoli 1964). After his studies in architecture and various experiences in publicity, in the early nineties, he had accomplished his first experiment as a director of spots, video clips, documentaries and the short film Quel Giorno (1996, presented at the Mostra Internationale d’arte cinematographic of Venezia). In 2002 he directed the feature film Pater Familias, achieving a nomination at the David of Donatello and Nastro d’Argento as the best newcomer director. Moreover, he went back behind the camera for Il Mattino ha l’oro in bocca (2007), Donne assassine (2008, tv series directed with A. Infascelli) and Cose dell’altro mondo (2011). In 2011 he realised the documentary La guerra dei vulcani, in 2014 the movie La gente che sta bene, while it’s of 2016 the documentary Napoli ‘44 and of 2017 the documentary Diva!.